Raising the Profile of Scientists and Engineers Through FIRST Robotics

—Dean Kamen, inventor, in an interview with CBS News

Right now, we're in the thick of competition season for FIRST Robotics. Some 400,000 kids in more than 80 countries are duking it out in a series of bouts with robots they designed and built themselves. It's all in good fun—intensely competitive and widely watched. But the primary goal of the robotic sporting spectacle is about something more transformative than thrill of victory. Dean Kamen, the renowned inventor who established FIRST 25 years ago, says the long-running nonprofit promotes a cause near and dear to his heart. And the stakes are high.

"FIRST is all about changing our culture ... for the better," he told CMS Wire earlier this year. "More than 25 years ago, I saw a culture where celebrities and athletes were celebrated and revered, and scientists and engineers were not. I believed then and still believe not that our collective future depends on getting more kids from every background interested and turned onto science, technology, engineering and math (STEM), so that they might seek education and careers in these fields."

It's about motivating students to understand, use and enjoy technology through project-based learning.

It's about propelling the next generation of scientists and engineers.

It's about raising the profile of today's scientists and engineers.

It's also about legacy, Kamen adds, a way of perpetuating his love of inventing to young people around the world. Kamen, an autodidact who holds more than 400 U.S. and foreign patents, is credited with saving thousands of lives with his healthcare inventions, among a myriad others. 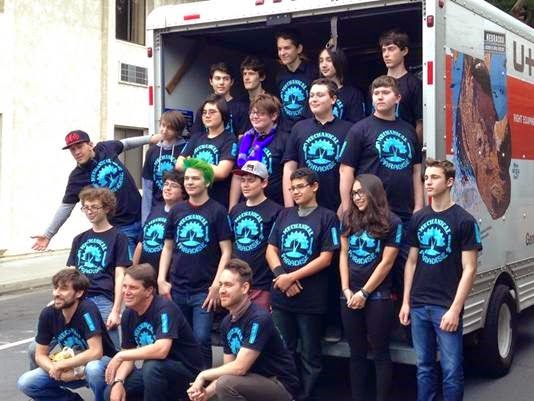 Because to invent, ultimately, is to give—something he elaborates on in a TED talk you can watch here.

It's a message that resonates strongly with us as a manufacturer of guided motion solutions. That's why we proudly support FIRST by donating large quantities of DualVee linear guide track for teams to use in building their robots. We also sponsor several local teams. This season, those teams are: