Movie on FIRST Robotics Proves That 'If You Can Dream It, You Can Do It 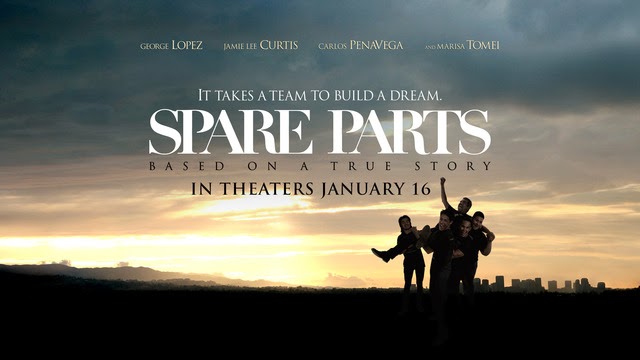 A decade ago, WIRED magazine ran a story about four high school students from a tumbledown high school in Phoenix, Ariz., beating MIT in a sophisticated and nationally watched underwater robotics competition.

The article, La Vida Robot, told the riveting true story about how those four students from Carl Hayden High School—three of them undocumented immigrants from Mexico—defied incredible odds in a 2004 FIRST contest. Using the combined force of $800, old car parts and their own irrepressible ingenuity, the ragtag team of high schoolers claimed victory over a litany of highly funded university teams.

Readers moved by the indomitable spirit of those four students—Lorenzo Santillan, Luis Aranda, Oscar Vazquez and Crisitan Arcega—donated $90,000 to further their education after learning that their immigration status prevented them from qualifying for federal loans.

The story had legs.

In 2014, a documentary about those four students, titled Underwater Dreams, hit theaters. Narrated by Michael Peña and directed by Mary Mazzio, the film chronicled the incredible true story about the cadre of students struggled against poverty and circumstance to captivate a country in a stunning upset.

It showed how a pair of computer science teachers decided, on a whim, to enter their underperforming, poverty stricken high school into the NASA funded FIRST competition. Only those four boys put their names in the running. But once the team was formed, they conspired to win. calling up oceanic engineers and military scientists for design help. Unable to afford glass syntactic flotation foam, they resorted to PVC pipe from Home Depot, duct tape and, in a last-minute pinch, even a tampon.

At first, their only goal for the contest was to not come in dead last. Instead, as we all know now, they won. In winning, however, they each launched a personal journey to inspire a new generation of young people to pursue science and engineering, to solve problems and elevate their lives beyond even the more dire circumstances.

Now, the saga has gone Hollywood. In January, Spare Parts hit the big screen, dramatizing the story of the underdog robotics team.

As longtime supporters of FIRST Robotics, it has been incredible to see their story shared with a national audience. Their story is one of many, as FIRST has inspired hundreds of thousands of kids over the past 25 years to try their hand at robot-building. Among their ranks are more inspiring stories—stories of triumph over defeat, of discovered purpose and changed lives.

To learn about the teams we're sponsoring this year, check out out previous blog post.